Remembering Emmett Till – His Story and Legacy 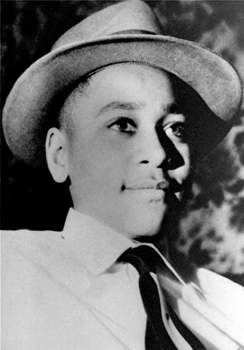 August 28, 2020 will mark the 65th Anniversary of the brutal murder of Emmett Louis Till who was lynched in Mississippi in 1955 after being accused of flirting with a white woman in her family’s grocery store. The brutality of his murder and the subsequent acquittal of his killers drew attention to the long history of violence against African Americans in the United States. Till posthumously became an icon of the Civil Rights Movement of the 1950s and 60s. His story echoes through the recent stories of Ahmaud Arbery, Breonna Taylor, George Floyd, and countless others today.

Emmett Till was born on July 25, 1941 to Louis and Mamie Till; he was their only child. Following her separation from Emmett’s father in 1942, Ms. Till lived with Emmett on the south side of Chicago, IL in a working-class, Black neighborhood. She worked long hours for the U.S. Air Force as a clerk to provide for her son. Loved ones described Emmett as a funny, responsible, and high-spirited child. His mother once recalled that he told her “…you make the money; I will take care of everything else.” He attended McCosh Grammar School, a segregated school.

In August 1955, Emmett’s great uncle, Moses Wright, travelled from Mississippi to visit the family with the intention of taking Emmett’s cousin, Wheeler Parker, back home to visit relatives. Emmett begged his mother to accompany them on the trip. With hesitation, Ms. Till warned her then 14-year old son of the segregation in the South, but ultimately allowed him to travel to Mississippi to spend time with his cousins. The day before he left, Ms. Till gave Emmett his late father’s signet ring, engraved with the initials “L.T.” The next day, she drove him to the train station and they said their good-byes on what would become the last day Mamie Till saw her son alive. 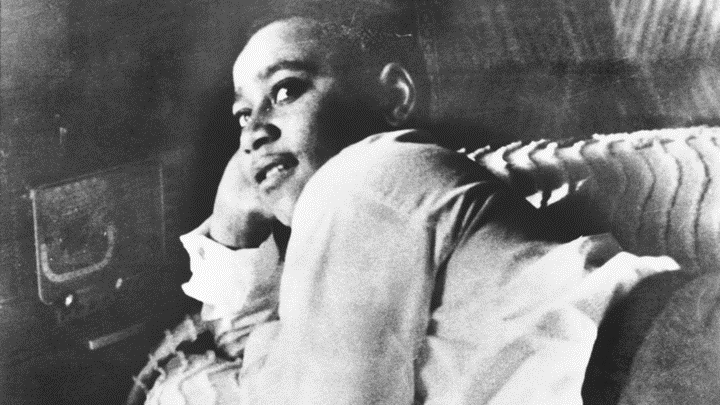 Image of Emmett Till.
Source: History and Bettmann Archive/Getty Images

On August 24, 1955, Emmett and a group of friends entered Bryant’s Grocery and Meat Market to buy refreshments after a long day of picking cotton in the hot sun. The store’s white female clerk and wife of the owner, Carolyn Bryant, accused Emmett of flirting, grabbing and making lewd advances towards her during the encounter.

Roy Bryant, Carolyn’s husband and owner of the market, returned from a business trip and became enraged upon hearing how Emmett allegedly spoke to his wife. In the early morning of August 28, 1955, Mr. Bryant and his half-brother J. W. Milam went to Mr. Wright’s home and kidnapped Emmett. They forced him into the car and brutally beat up the teenager. They subsequently dragged Emmett to the Tallahatchie River, shot him in the head, tied his body with barbed wire to a metal fan and shoved his mutilated body in the river.

Mr. Wright reported the disappearance of Emmett to the authorities and three days later, a body was recovered from the Tallahatchie River. The body was so disfigured that it was initially difficult to identify, but the initialed signet ring given to Emmett by his mother prior to his trip confirmed that it was him. The local authorities insisted on burying the body quickly but Ms. Till requested the body be sent back to Chicago. 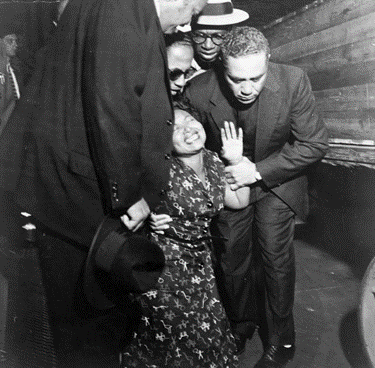 Ms. Till decided to have an open-casket funeral to show the world how her son was brutally murdered at the hands of racists. “I think everybody needed to know what happened to Emmett Till,” she remarked. His mutilated body was on display for over 50,000 people to see. Jet, an African American weekly magazine, published a photo of Emmett’s corpse which quickly hit mainstream media, infuriating Black Americans across the country. 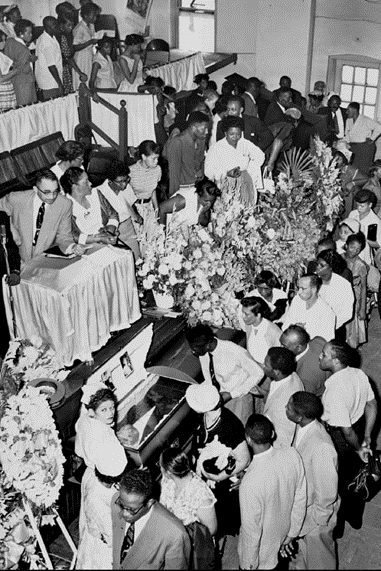 People view the body of Emmett Till during his open casket funeral on September 6, 1955 at Roberts Temple Church of God in Christ.
Source: Chicago Sun-Times

Mr. Bryant and Mr. Milam went on trial with an all-white and male jury. On September 23, 1955, they were found “not guilty” as the jury believed the state failed to prove the identity of the body. Many around the country were outraged by the decision which helped spark the emerging Civil Rights Movement. Dr. Martin Luther King Jr. called the murder “one of the most brutal and inhumane crimes of the 20th century.” 100 days after Emmett’s murder, Rosa Parks stated “I thought about Emmett Till, and I couldn’t go back [to the back of the bus].” Nine years later Congress passed the Civil Rights Act of 1964, outlawing many forms of racial discrimination and segregation.

In 2008 during an interview, Carolyn Bryant Donham admitted that she lied about Emmett making advances toward her. She also shared that her former husband, Mr. Bryant, moved her from place to place to prevent her from talking to law enforcement. She said, “Nothing that boy did could ever justify what happened to him [Emmett].” 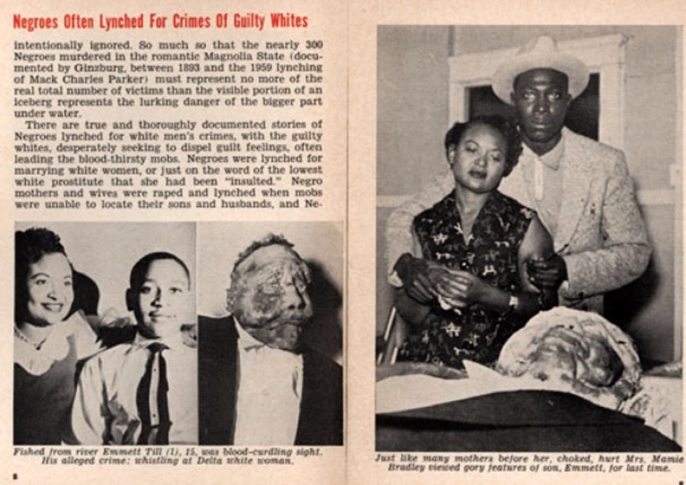 Published story on Jet showing the world the mutilated body of Emmett and his distraught mother.
Source: Jet Magazine

On May 10, 2004, the Department of Justice partnered with local law enforcement to open an investigation into Emmett Till’s murder in order to confirm the identity of the body and look into others who may have been involved with his death. The FBI exhumed Emmett’s body in 2005 and an autopsy report concluded the body was indeed that of Emmett Till; the report also confirmed multiple fractures on his head, wrists, and legs. The FBI decided not to press charges and turned the case back over to local law enforcement with the suggestion of taking a closer look at Carolyn Bryant Donham however, a Mississippi grand jury found insufficient evidence to prosecute her of a crime.

In August 2009, Emmett’s family members donated his original casket to the Smithsonian’s National Museum of African American History and Culture. The casket is in an exhibition called “Defending Freedom, Defining Freedom” in a room that is partitioned by a wall. On one side of the room, visitors can hear the voice of Mamie Till Mobley sharing her son’s story; on the other side, his casket sits on a pedestal along with the image first displayed in Jet magazine.