As New York Eye and Ear Infirmary of Mount Sinai (NYEE) celebrates its 200-year anniversary, the venerable institution’s history and its impact on the field of ophthalmology, otolaryngology, plastic surgery, as well as generations of physicians, and patients are top of mind. For 200 years, the hospital has been the preeminent leader in patient care, education, research and innovation thanks to the extraordinary work of thousands of men and women who have shared its culture of caring and healing. The institution would not be here today without them. 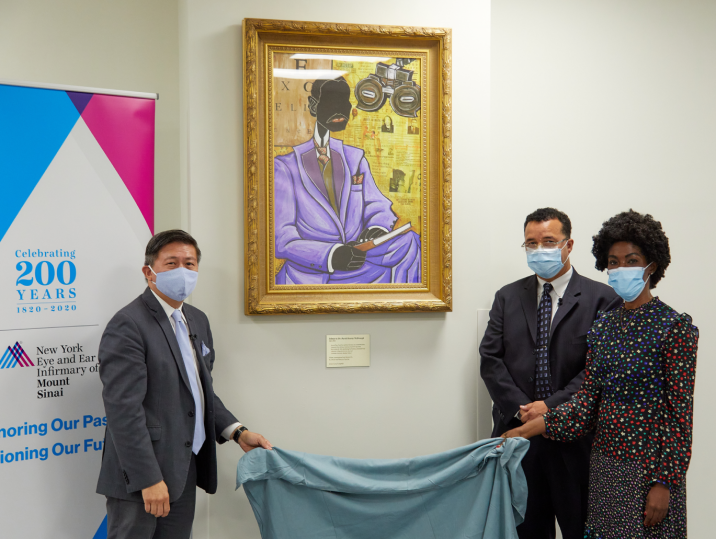 Born into slavery in 1821, Dr. McDonogh fought the racial prejudices of his time to determine his own course in life. He was the first African American graduate from Lafayette College, graduating 3rd in his class. Denied entry into New York medical schools, the aspiring physician attended classes at Columbia’s College of Physicians and Surgeons unofficially, thanks to the support and mentorship of Dr. Rodgers. Unfortunately upon his graduation in 1847, the college refused to award him a medical degree (an injustice that was rectified in 2018 by Columbia University as a result of a vigorous campaign by one of NYEE’s esteemed physician faculty, Richard Koplin, MD). Nevertheless, with Dr. Rodgers’s continuing support, Dr. McDonogh served on NYEE’s staff as a specialist in diseases of the eye for 11 years and on New York Hospital’s for two, where he earned the respect of New York’s medical establishment, which never failed to regard him as a full-ﬂedged medical doctor. In league with Frederick Douglass, he became active in the abolitionist movement and a champion of workers’ rights, equality and providing healthcare for all. When Dr. Rodgers died in 1850, Dr. McDonogh took “Kearny” as his middle name, to honor the man who had opened doors when all others had been shut. 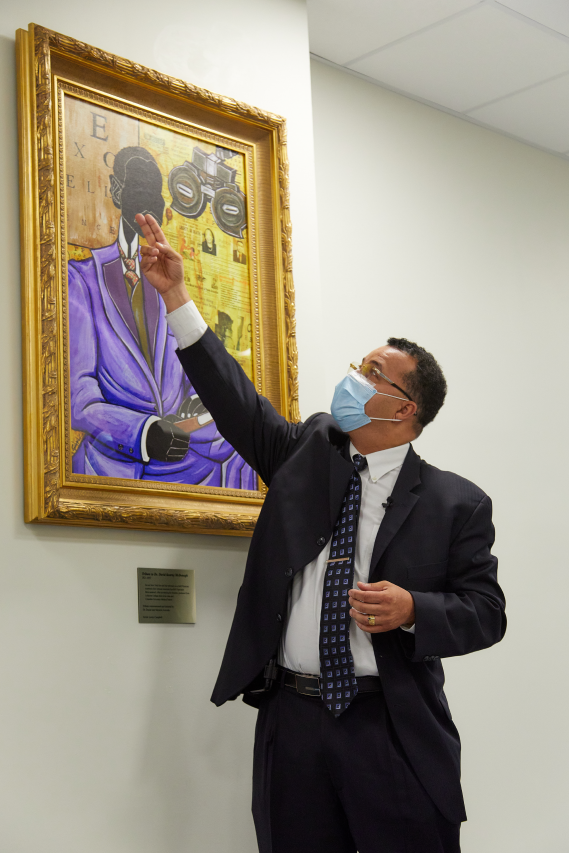 Daniel Laroche, MD, explains the symbolism behind the painting of Dr. David Kearny McDonogh during the dedication ceremony at New York Eye and Ear Infirmary of Mount Sinai on Thursday, August 13, 2020.

A painting of Dr. McDonogh, called Tribute to David Kearny McDonogh, MD (pictured above), was created by Leroy Campbell and was commissioned and donated to NYEE by Dr. Daniel and Marjorie Laroche. It is a moving tribute to not only Dr. McDonogh, but to the spirit of dignity, justice and resilience that lives in us all. It will be on permanent display in NYEE’s new waiting room to honor Dr. McDonogh’s legacy and contributions to institution.